During 2015, Apple Inc. was the most valuable company in the world, as the stock peaked at $133/share, giving the company a market capitalization of approximately $700 billion. Apple has declined more than 37% from it’s 2015 peak, as there are investor worries over the slowdown of the Chinese economy.

Apple continues to surprise its investors with higher than estimated earnings. For Apple’s Q1 Earnings Call, Investors and Analysts were forecasting a EPS of 3.24. The actual EPS was 3.28 – a 1.28% surprise. Despite the record revenue, the Apple stock declined more than 5%, due to the slowdown in iPhone sales. During Q1, 74.8 million iPhones were sold, the slowest growth since the phone was introduced in 2007.

FBR Capital Markets analyst Daniel Ives stated “Apple has become a victim of their own success, many customers are either buying an older, cheaper iPhone 6 or waiting for the iPhone 7.”

Alphabet Inc. on the other hand surpasses Apple Inc., which was once the most valuable company in 2015. Alphabet reported an 18% increase in revenue, a 1% increase in operating margin, and a 28.25% increase in EPS. Cost of revenues also stayed consistent at 38%, and Operating expenses as % of revenues declined to 36%, a 1% reduction. This lead to the company shares to soar over 5% pre-market.

Apple’s stock has been negatively affected from the slowdown in the Chinese economy, regardless of the fact that the company’s earnings have consistently been beating the Consensus EPS Forecast for the last 4 Quarters. Apple’s next Special Event will have an impact on the stock price, depending on the features offered. Many analysts say that the Apple iPhone 6S lacks new features (compared to the iPhone 6), thus affecting the iPhone sales.

Previous Article
STATE OF MIND – ‘Buddy, Can You Spare a Job?’
Next Article
Why Do Big Companies Fail? 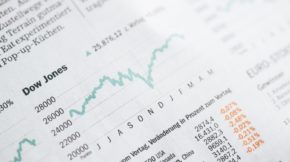