R&D Impact on the Automotive Industry

R&D Impact on the Automotive Industry

Since Karl Benz’s invention of a gasoline powered vehicle in the 1880s, the automotive sector has grown to be one of the largest industries in the 21st century. With a large impact on the economy, the automotive sector employed a little over 6.6 million workers in the US during 2014 (Bureau of Labor Statistics). By the end of this year, global sales are forecasted to hit 73.9 million vehicles (Statista).

Currently, the sector is heavily impacted by the ‘technology’ trend, with new innovations, such as Tesla, and the Google self-driving car. There are also start-ups that are ‘disrupting’ the auto industry, such as Mojio. Mojio is a platform for connecting cars, through mobile apps for drivers. The objective of Mojio is “make your car more and more like your smart phone.”

This trend is expected to revolutionize the auto industry. This revolution is similar to Ford’s introduction of the assembly line, which drastically increased the production efficiency of automobiles.

In a 2014 survey, 44% of US car drivers were likely or very likely to purchase a fully autonomous car (Statista). In order to keep up to pace with the competition, and changing consumer expectations, the current automotive companies must ensure they are consistently investing into Research & Development (R&D).

Note: Financials are from the company’s quarterly income statements – as of June 30th, 2015. Stock performance is as of August 17th, 2015.

GM has 4 different brands, Chevrolet, Cadillac, GMC, and Buick. During the 2008 recession, GM dropped four divisions, Saab, Saturn, Hummer and Pontiac due to the economic downturn.

Back in 2014, Fiat acquired Chrysler Group LLC in a $4.35 billion. There are 3 major car brands within the Chrysler group, Chrysler, Jeep, and Dodge.

Ford is popularly known for the Ford F-150, and the Ford Mustang, and also operates Lincoln, a luxury automaker.

Tesla competes with its 100% electric automobiles, as there is a shift towards more environmentally friendly modes of transportation.

After the US, Mexico is the number two-auto production country in North America, followed by Canada (Huffington Post). Some analysts have estimated that the weaker Canadian Dollar would lead to an increase in exports, however, the opposite happened.

The Canadian share of North American production fell to 14.1% last year, compared to over 17% in 2009 (Huffington Post), suggesting that the weaker Canadian dollar does not offset the higher production costs.

During the 2008 Financial Crisis, North American automakers received a bailout from the US government in the following amounts:

This was a result of the economic downturn. During the Financial Crisis, auto sales declined more than 30%, putting the automakers at risk of bankruptcy. The bailout consisted of loan, and equity financing.

On December 18th, 2014, the government ended the bailout of the U.S. auto industry through the sale of the remaining shares for Ally Financial (formerly known as GMAC), for $19.6 billion.

Nowadays, there are tighter regulations in regards to fuel emissions, and consumer rebates for buying fuel economical cars. Companies are responding to this change by providing gasoline engine alternatives, such as electric cars, and hybrids.

One of the most popular models is the Tesla Model S, 100% electric car with an impressive performance. Regardless of Tesla responding to the changing consumer preferences, they’ve warned that their sales targets are at a risk, during the second quarter earnings call.

Tesla is introducing the Model 3, which is to be about 7% cheaper than the Chevrolet Bolt, with a $35,000 USD price point (Road and Track). The introduction of a lower-priced model will provide Tesla an opportunity to reach out to a larger market share, and effectively compete with other hybrid automakers, such as Toyota, and Honda.

In order to stay up to date with the competition, current companies must have a strong Research & Development (R&D) into place. Automakers spend close to $102 Billion Annually on R&D (Auto Alliance). This will facilitate the process of adapting to changing consumer needs, and providing a higher value for consumers.

Below is the approximate Research & Development expense for each company. The numbers for Fiat, and Tesla are from the company financial statements, and the numbers for GM and Ford are from 24/7 Wall St.

There is not only stricter regulation, but also increase in competition from foreign companies, such as Hondas, Toyota, and BMW. Some of these foreign companies have been known to developing energy efficient, high quality vehicles, such as the Toyota Prius – one of Toyota’s top selling hybrid cars.

Below is an outlook in regards to the industry market share up until 2020. It can be noted that a higher growth outlook is linked to R&D investments. For example, General Motors (GM), which spends 4.6% of NI on R&D, is anticipated to go from 1st place to 4th place by 2020.

For sustainable growth, a successful automotive company should have R&D as one of its major focuses. For North American automotive companies, Tesla sets an example for R&D – as they continue to look for different strategies to have 100% electric vehicles.

With a significant R&D budget, Tesla can be classified as a High Tech Automotive Company. A high tech automotive company engages in significant R&D, and continuous development of new products, according to Auto Alliance. At this rate, Tesla has a strong chance of penetrating the automotive industry and growing its market share to the top ten within the short term. 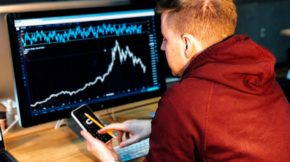